The biggest advantage of Solid State Drives is lack of moving parts as compared to traditional hard drives.  This allows the drives to survive longer, and have faster read and write times.  It makes them ideal for an enterprise environment where performance and reliability are expected.  The SSD drives use less than a third of power compared to SAS or SATA, and promise twice the life expectancy.   Power consumption alone should save you money in the long run. 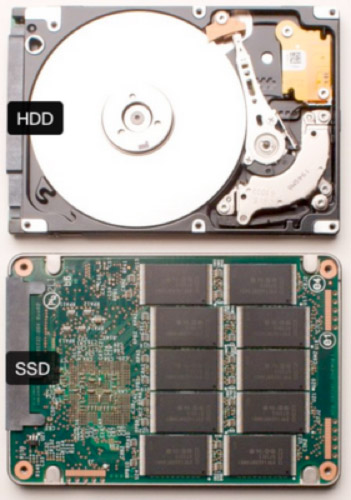 Let us review one particular server that was upgraded from SAS to SSD drives.  Although SSD drives are more expensive, the cost can be offset by higher productivity, stability, and faster load times. The best uses for SSD drives are for applications that require a lot of reads and writes to the disk, such as a MySQL database, as well as a low latency.  You will also benefit by having SSD for disk-based caching.  An SSD drive for NFS caching with Nginx can be used for static content delivery, significantly improving load times on your server.

Having a slow hard drive increases CPU load and can lock up the server during high traffic: 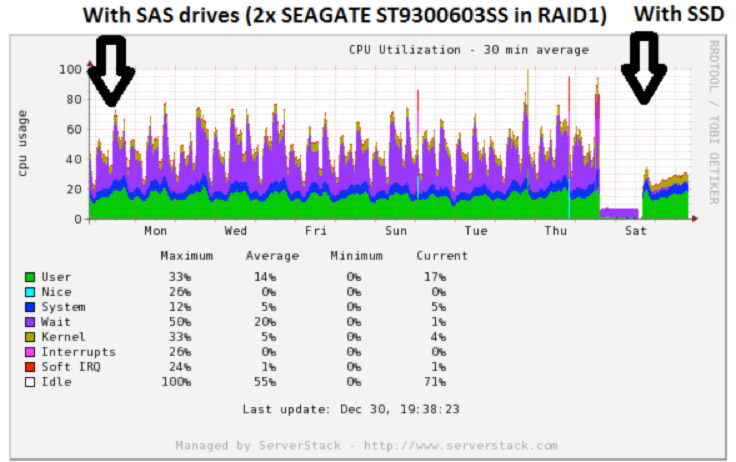 Even the network speed picked up because the LAMP stack was able to serve more requests: 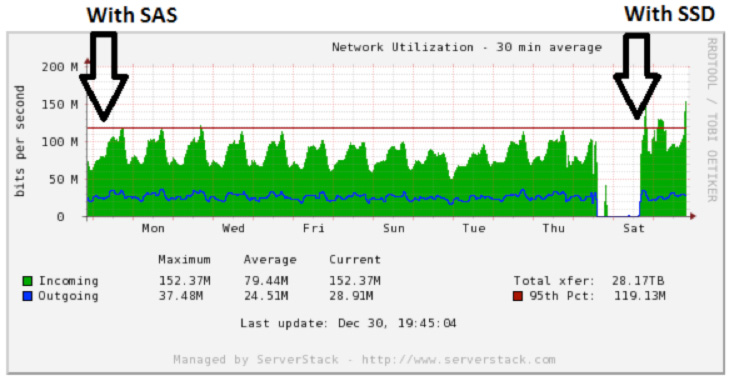 What makes a server a great candidate for SSD upgrade is its current Inputs/Outputs Per Second rate (IOPS). For most SATA drives the upper limit is 150 IOPS, and for SAS it is 200 IOPS.  If your server is constantly going above 200 IOPS you should consider upgrading to SSD drives. 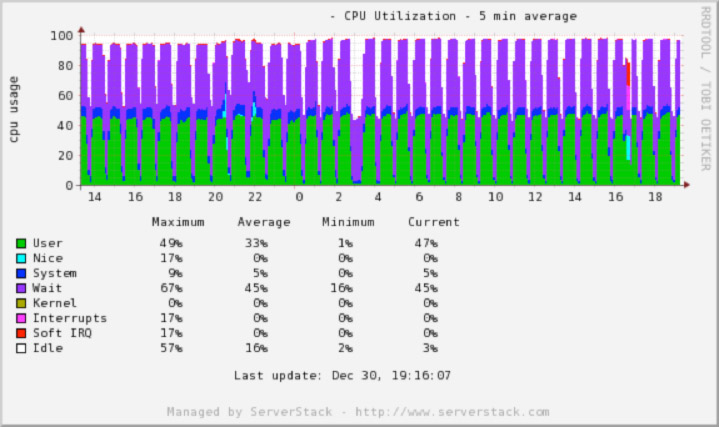 We can further troubleshoot the cause of high IOPS by using iotop :

In this particular case, solving the issue of why the Qmgr was writing so much to disk was the right course of action.  It was due to deferred messages being logged by Postfix.

After purging Postfix queue, all of the deferred messaged stopped, which solved the high IO issue: 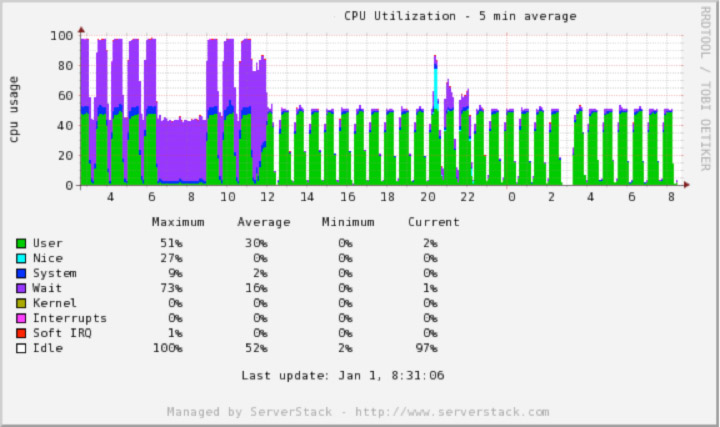 The IOPS rate was down significantly:

With iotop confirming that the issue has been resolved:

Before we dive into mathematics of how SSD drives save you money, here is a map of average prices for kWh of electricity (in cents): 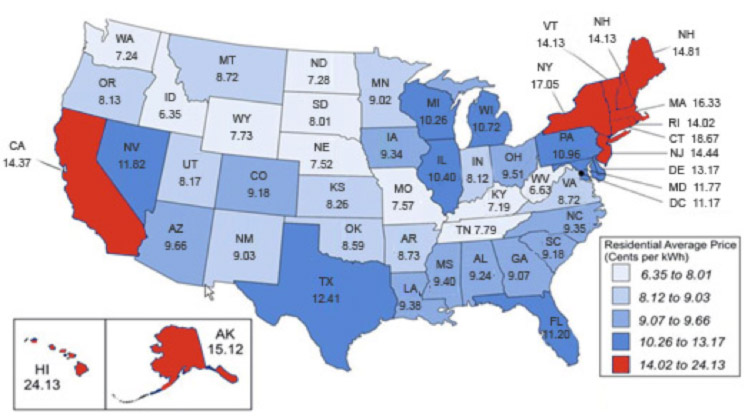 The higher the price of electricity, the quicker will SSD drives break even as compared to SAS drives.

Given all of these data points, even with dual Samsung 840 Pro SSD drives at $1200, as compared to dual SAS drives at $440, you are faced with a difference of $760 in initial cost for 2x 500GB drives.  This $760 price saving is quickly eroded away by $420/year electrical bill, which after less than 2 years starts to cost you more money if you went with SAS drives.  In the long run, SSD drives save you money, improve efficiency, and last longer.